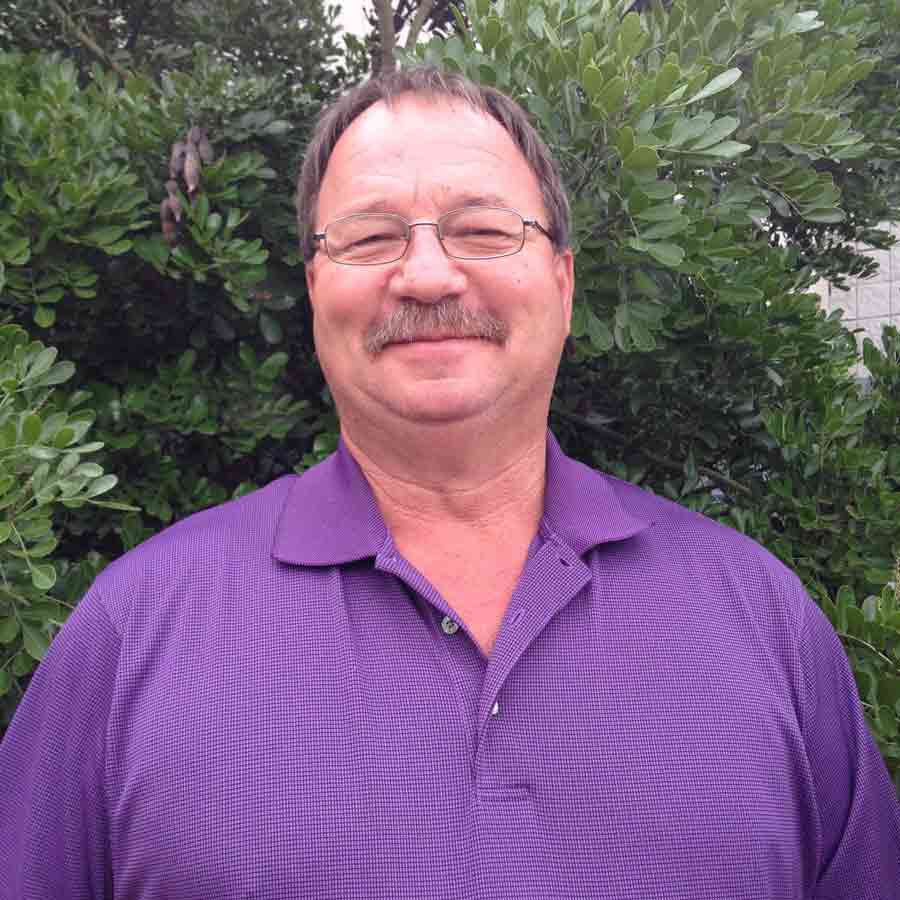 Jeff Rutkowski is a Transplanted Texan by the way of Michigan. Born in the heart of Detroit, his parents quickly moved Jeff and his 6 siblings to the country where they grew up on a farm raising hogs and garden produce. Early on, Jeff showed signs of leadership. He worked on a wholesale tree nursery from middle school through college. His first job was pulling weeds in potted plants and by his third year, he was the Nursery Foreman.

Jeff was the Editor of his High School Yearbook his Senior year and Junior Section Editor the previous year. He was very active in photography and spent countless hours in the School’s Darkroom developing film and printing pictures. He was very active in his FFA Chapter, serving as Treasurer for two years and organizing the annual fall citrus sale. Typically Two Semi trailers of Fruit were sorted to ensure high quality, sold & distributed throughout the community. Also in FFA, he won a Team Gold Award in Soil Judging, Team Gold Award in Dairy Judging and Individual Gold Award in Dairy Judging. In 1979 he received a State Farmer Award in Agribusiness.

Jeff attended Michigan State University and studied Horticulture Management. He has worked in the Irrigation Industry for the past 30 years. Jeff was the President of the Texas Turf Irrigation Association for 2 years, 1994 and 1995.

Jeff met his wife Pam in Houston and they have been married for 27 years. They have 3 daughters, Tiffany, Arian & Whitney. Their first Granddaughter, Breelynn Hope, was recently joined the Family. Jeff has been active in the Star of Texas Fair and Rodeo for 19 years. He has participated in their Cook-Off, Bullet Proof, Backstage, Golf, Shootout, Cowboy Breakfast, 100X, many of these during the same calendar year. Jeff is currently the Head Cook and Vice Chairman of Bullet Proof. He founded and participates on two competitive BBQ Teams, Homicidal Hillbillies Too & RQ SmokeMasters.

His passion for cooking has opened many doors. He is a personal chef for hire during hunting season. He cooks for Weddings, Anniversaries, Birthdays, Company Parties, Quinceaneas, Church Groups, Funerals, Nonprofit groups, a large Texas Tailgate Group, Lone Star Cattleman Foundation and just for fun.
Back to Team

Back to LSC Board Members